Since I am a pathology resident, I do a fair amount of autopsies (50 are required to graduate). Therefore, it was incumbent upon me as an orthodox Jew to look into the legal challenges with this subject. I have become accustomed to ask my questions to Rabbi Tendler, but since I was reading through the Nishmat Avraham and I found this paragraph I thought I would share: 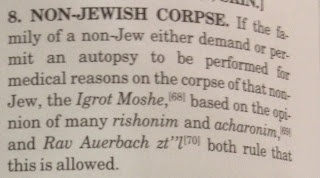 and here are the sources: 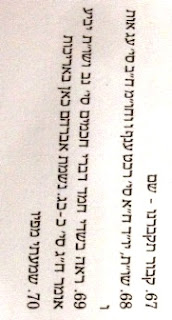 The previous pages of the Nishmat Avraham go through why it is forbidden to perform an autopsy on a deceased Jew. He quotes one opinion that it is allowed for learning medicine, but firmly brushes that opinion aside and says it is irrelevant since most opinions say it is forbidden. He goes on to say how even if the person himself, let alone his family, requests an autopsy or donates the body to science since they do not have ownership over their body their words are meaningless and an autopsy may not be performed.

The only time an autopsy may be performed is when it will somehow save a life. (Most, if not all, autopsies are not done to save lives.)

I have not looked through all of the sources since I am limited with my referencing materials. However, using Hebrewbooks.org I was able to find a good Shulchan Orech, Yoreh Deah that had many commentaries. There, I was able to find the Pischei Teshuva on this halacha (Yoreh Deah 349:1) which gives a foundation to the seemingly lenient opinion by non-Jews, but the much stricter opinion by Jews. It says that the prohibition that one may not benefit from a Jewish corpse is biblical, but not benefiting from a non-Jewish corpse is only rabbinically prohibited.

This actually helps explain HOW one could be allowed to perform an autopsy on a non-Jewish corpse when there is minimal reason and a Jewish corpse would need a maximal amount of reason, but I still need to understand WHY it should be that one is biblically prohibited and one is only rabbinically prohibited. I hope to translate one or both of Rav Moshe Feinstein's Responsa on this subject in the coming days.

Ideas on Judaism, Jewish History and other thoughts